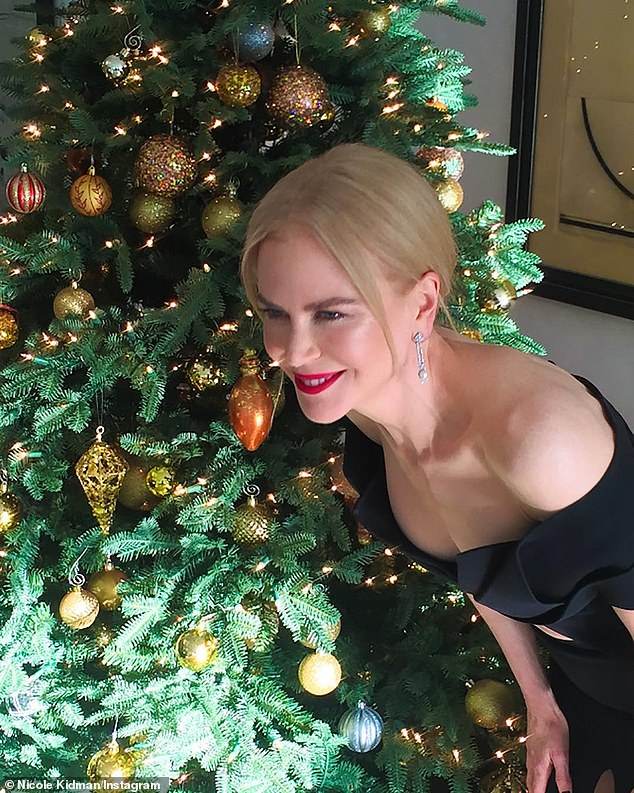 Have you ever wanted to see Hollywood superstar Nicole Kidman as a psychedelic shaman of sorts? Now you can with Hulu’s latest hit miniseries. Nine Complete Strangersfrom the 2018 novel of the same name. Liane Moriarty. In the series, nine strangers meet at a 10-day wellness retreat at the fictional Tranquillum House in California. The resort’s host, Masha Dmitrichenko. (played by Kidman) promises to heal her guests by totally transforming them through death and rebirth – in more ways than one.

Does Hulu’s Nine Perfect Strangers attract mainstream viewers to the burgeoning microdose lifestyle? How does the show portray the use of psilocybin for psychological healing? Which facts about microdosing were misinterpreted? And which ones are they delightfully right?

Read on to find out!

Guests arrive at Maison Tranquilluman exclusive wellness center located in the (fictional) town of Cabrillo, California. In the show, as in the original book, Masha reigns supreme as the Russian-American guru who guides you through meditation. All the while mixing microdoses (or one-tenth of a full recreational dose) of psilocybin, the psychedelic compound in magic mushrooms, into her guests’ smoothies. Talk about a mind-blowing drink!

There’s just one tiny problem. The nine guests have no idea that they are microdosing… Wait a minute, Napoleon Marconi (played by Michael Shannon) iThe next day, he’s having fun half-naked in his room, and the next day, he’s crying at the dinner table. My teenage son committed suicide, and I blamed myself the whole time. It’s hard to admit, but maybe it’s time to let him go.

What incredible psychological insight! How on earth did he get there? Napoleon’s walls were so high. Masha smiled knowingly. Meanwhile, the guy’s smoothie lies somewhere, half-sucked out…

From the pages to the stream

There are a few key differences between the series and the original story in the novel. For starters, Tranquillum takes place in Australia in the book, but they changed it to California for Hulu. Also in the book, Masha was making “microdose smoothies” for her guests using LSD. Unlike the show where psilocybin is the psychedelic drug of choice.

Finally, and perhaps most importantly, Nicole Kidman’s version of Masha is more aware of the true power of psychedelics. beyond the act of tripping. She knows that raising your consciousness via the death of the ego is the ultimate goal.

This is a far cry from Moriarty’s novel, which focuses too much on the “trippy” aspect of psychedelics. Thus, you will read scenes of guest hallucinations for entire pages. The book also refers to psychedelics as “illegal drugs” for the most part – a loaded phrase that advocates have tried to avoid in their fight for widespread decriminalization. Fortunately, it’s a fight that’s about to be won in the near future.

Psychedelics to the rescue

Thanks to series writer David E. Kelleyl the story of Nine Perfect Strangers now focuses more on the real-world benefits of microdosing – and the power of psilocybin to help you change your life for the better. Kelley’s version of Tranquillum is a mecca for microdosing. The scenes of introspection and tears of joy under the effect of the mushrooms are beautifully filmed… As if you are experiencing the death of the ego with the person.

Also, Masha’s mistake of handing out secret micro-doses (which quickly evolve into macro-doses, hence the death of the ego) is not motivated by the desire to “trick” the guests into exposing their traumas to her more easily, as it is in the novel. This time, her character simply wants to take a heroic enough dose so that she can see her dead daughter again. Misguided actions, as opposed to blatant nastiness.

Masha gets arrested again in the finale, but she ends the show on a high note with a cover on The New Yorker. Her face looks up, with rays around her head, like that of a psychedelic messiah. The words “Psychedelics to the rescue” are printed, front and center. Is this a Hollywood reference to psilocybin finally going mainstream?

The rise of psychedelic-assisted therapy

In the series, microdosing of psilocybin is key to treating a wide range of conditions. Like a soccer player’s addiction to opioids, for example, or a mother’s severe depression that nearly led to her suicide. Unfortunately, these stories come too close to home… Even as Big Pharma rakes in billions for… record prescription drug sales. If that’s the case, then why aren’t people getting better?

In one crucial scene, a reporter named Lars (played by Luke Evans) talks to a guest whose brother has committed suicide. All because his asthma medication had a lethal side effect: suicidal thoughts.

“People are misdosed, misdiagnosed all the time. You could say it’s the real doctors who are killing us.”

When done right, psychedelic-assisted therapy can offer tremendous mental health benefits…without the side effects of prescription drugs. Of course, the station of Nine Complete Strangers may have spiced up the human drama a bit for the plot. I mean, it’s still TV after all. But the show reflects a real increase in the use of psychedelics.coupled with talk therapy.

Like a mushroom flare-up after the rain, studies are mounting on how taking simple microdoses of psilocybin, LSD, MDMA or ketamine can greatly help people with depression, anxiety and PTSD.

And lawmakers are paying attention – for real this time. Just look at Oregon, Washington D.C., Denver and Oakland, which have decriminalized magic mushrooms and truffles. (and other natural psychedelics). All of this is based on countless studies that have confirmed the reality of psilocybin’s potential as a drug.

How to do a proper microdosing

Nicole Kidman’s Masha is quite a character: both a tribute to and a caricature of modern wellness gurus. And perhaps the guests’ psychedelic breakthroughs are happening too fast… (and sometimes overdone, we might add!). Even so, Nine Perfect Strangers makes a strong case for the many benefits of microdosing, especially psilocybin from magic mushrooms and magic truffles.

Did the show portray microdosing accurately? Mm… not quite! Although Masha gave her guests a tenth of a dose of psilocybin via her special smoothies, she did it three times a day! That’s a lot more than the standard protocol of Dr. James Fadiman who suggested taking a microdose only once every three days for best results. This gives your brain enough time to “absorb” the psychedelic compound and work its magic.

Take mystery writer Ayelet Waldman, for example, who turned to microdosing LSD to calm her violent mood swings. In an interview in The New Yorker, she revealed that her “calm spike” didn’t happen right away, but throughout the day. after the microdose.

“I feel happy. Not dizzy or out of control, just at ease with myself and the world. When I think of my husband and children, I feel a sweet sense of love and security. I don’t worry about them and I don’t get mad at them. When I think about my work, I feel optimistic, full of ideas, but not overwhelmed.”

Another thing is that microdosing is not the same as taking a full psychedelic trip. If you take a tenth of an appropriate dose, you should only expect to feel a warm, tingly sensation. This is not a real “trip” at all. The real magic of microdosing works below your level of perception.

See, the way Masha’s guests were hallucinating so vividly all the time? You’d think they were getting a heroic dose of psilocybin per smoothie!

There is a scene where Masha holds a session with a grieving family. She says the right words, of course, and gives them microdoses of psilocybin while “therapizing” them. The problem is that Masha doses herself. next to her patients – which is a big unprofessional in the real world of psychedelic assisted therapy.

A competent therapist serves as a “travel babysitter” or someone who stays sober during your trip. They should also pay attention to your state of mind before the trip and make sure your trip zone is safe and comfortable. “Set and Setting”. Are you lying on a comfortable couch? With a serene view of nature outside? Do you hear soothing music playing in the background? These are questions you need to ask if you want a truly effective psychedelic therapy session.

That’s the focus of Hulu’s modern version of the original. Nine complete strangers that focused on psychedelics primarily for their trippy properties. That, and exposing guest traumas for the sake of it. Fortunately, the TV version works so much better in favor of the psychedelic revival…

Hulu says that Nine Perfect Strangers is its most-watched original drama of all time. It’s a huge publicity stunt for psychedelics, especially for those still unsure of the life-changing benefits of microdosing. And the fact that the show chose psilocybin as its psychedelic of choice? Brilliant. Further proof that magic mushrooms and magic truffles are the safest recreational drug site you can get on the market right now.

Why not experience it for yourself?

Previous Jim Harris Was Paralyzed. Then He Ate Magic Mushrooms. Next Quebec historically become the first province to authorize and cover psilocybin therapy