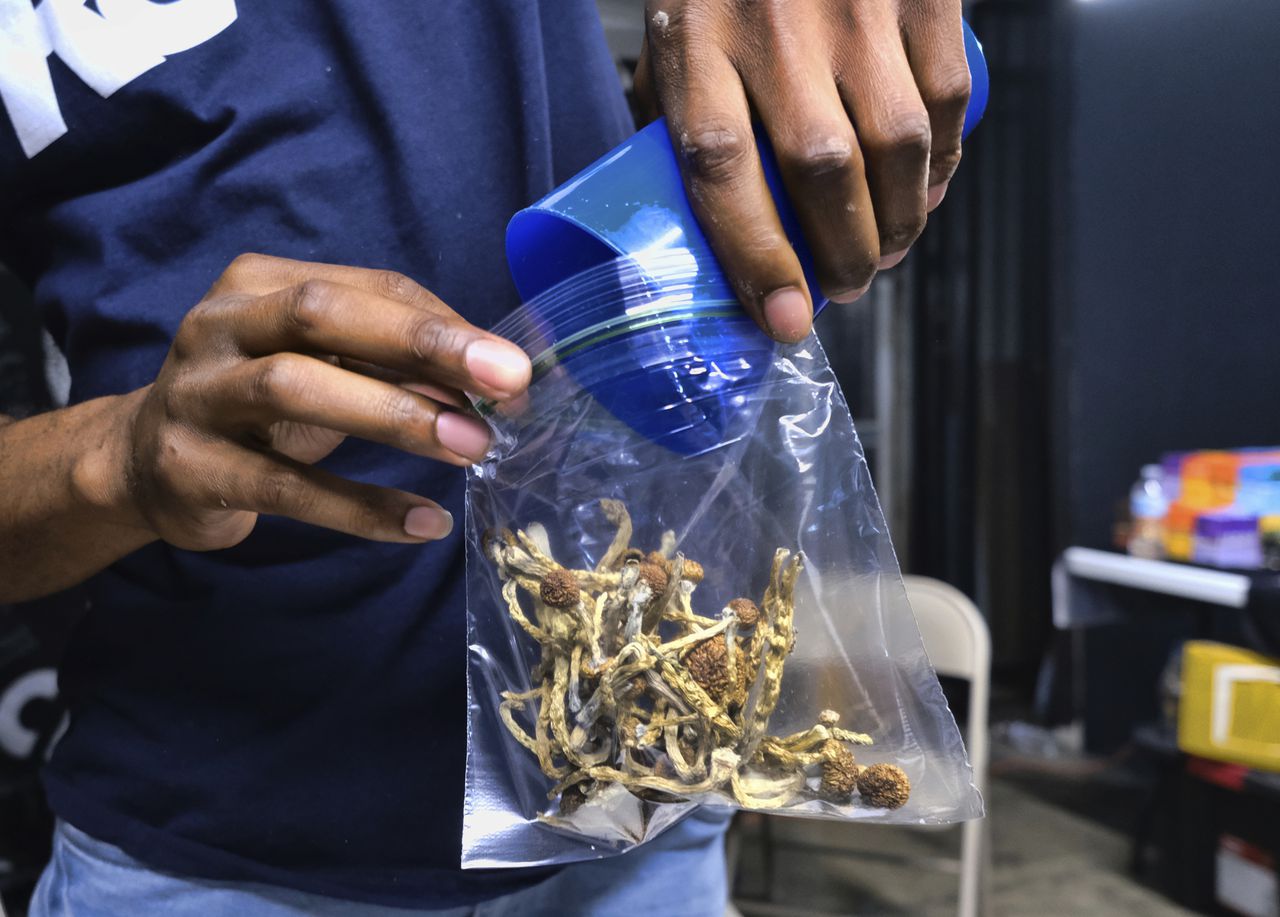 Psychedelic drugs creating hopes for breakthroughs in depression, anxiety, pain and addiction are being tested at UAB. The university is one of a handful in the nation conducting trials with psilocybin, the active ingredient in hallucinogenic mushrooms.

Researchers at the University of Alabama in Birmingham do not know exactly what effect the isolated drug molecules from mushrooms have on the brains of people suffering from such maladies, but studies have shown promising results.

“My own hypothesis is that when, in the right circumstances, someone ingests a classic psychedelic, they experience an emotion we know of as awe,” said UAB’s Dr. Peter Hendricks, professor of public health, who is conducting trials to see whether psilocybin can help people overcome cocaine addiction.

Nationally, the pharmaceutical industry is ramping up investments in psilocybin in anticipation of eventual FDA approval, and major publications are hypothesizing a “shroom boom” in the United States.

According to Hendricks, psilocybin connects different regions of the brain in new ways, disrupting ruminative thinking in the default mode network, the part of the brain that engages in unfocused activities.

A national movement to legalize psilocybin is gaining momentum.

Oregon legalized the use of psilocybin therapy last year. Denver and Washington, D.C. have decriminalized the drug, and other proposals to legalize or decriminalize it have been put forward in the legislatures of Florida, Maine, Hawaii and California.

Last month, the director of the National Institutes of Health told the U.S. Senate he believes psilocybin holds promise for mental health treatment.

“There has been a resurgence of interest in psychedelic drugs, which for a while were sort of considered not an area that researchers legitimately ought to go after,” said Francis Collins, Director of the National Institutes of Health. “And I think as we’ve learned more about how the brain works, we’ve begun to realize that these are potential tools for research purposes and might be clinically beneficial.”

“I think the support and interest in the scientific community is really growing,” said Hendricks.

There is anthropological research going back tens of thousands of years showing humans have used hallucinogenic mushrooms, said Hendricks.

“Suddenly your horizons are broadened, and broadened tremendously, and you’re thinking about something other than obtaining or using that drug (or worrying about your pain),” he said.

In his research at UAB, Hendricks found such changes appear to have lasting effects.

The first wave of exploration into hallucinogenic mushrooms in the United States began in the 1950′s when a New York City banker with a mycology hobby named R. Gordon Wasson traveled to Oaxaca Mexico to try psychedelic mushrooms with an indigenous “curandera”, or healer, named Maria Sabina, Hendricks said.

Wasson published an account of his experience in Life Magazine, setting off a wave of interest in hallucinogenic drugs that included Timothy Leary and Richard Alpert at Harvard, and eventually turned to LSD, a synthetic substance derived from fungus.

“LSD was sort of the primary psychedelic that was studied at a time, and a number of scientists and clinicians and the like were really quite excited. They noticed in themselves and their patients and their participants some pretty profound changes for the better,” said Hendricks.

But that era of experimentation came to an abrupt halt after about a decade, stopping exploration into possible uses for the drugs. Psychedelics were associated with counterculture, the protests against the Vietnam War and the civil rights movement. They came to be perceived as a threat by political leaders like Richard Nixon, said Hendricks.

In 1970 LSD and psilocybin were designated as Schedule 1 substances by the United States Drug Enforcement Agency, a category reserved for the most dangerous and harmful substances with high potential for addiction and abuse. Such a designation limited researchers’ ability to study the therapeutic potential and safety of mushrooms.

Dr. Hendricks said that void of research has begun to be addressed in recent years, as scientists have identified that psilocybin is not addictive and is relatively safe. People can experience “bad trips” on the drug, and it is not advised for those with a family history of schizophrenia because it has been known to precipitate a mental break for people with such a genetic propensity.

Dr. Hendricks decided to seek approval for trials with psilocybin after reading a 2006 landmark paper on the uses of psilocybin for mystical experiences that increase spiritual meaning. At the time, he was observing the failure rate of people trying to quit smoking, about 70 percent.

“My thought was, this could be a game changer. Maybe here’s something that could really boost the effectiveness of our existing treatments. I don’t know for certain, but there’s this really interesting trend here.”

The search for new ways to combat persistent mental health issues is partly a response to a trend of growing psychological problems in the United States, even prior to COVID-19.

In 2018, 19 percent of Americans had a mental health disorder, an increase of 1.5 million over the previous year, according to a study by the group Mental Health America.

Now UAB also plans to test the usefulness of shrooms on people with chronic pain conditions, such as fibromyalgia and opioid addiction.

“It has a very, very, very good safety profile, but like anything, it is not harmless or without risk. It certainly does confer risks,” said Hendricks of psilocybin, “but I myself would be much more concerned about alcohol consumption.”