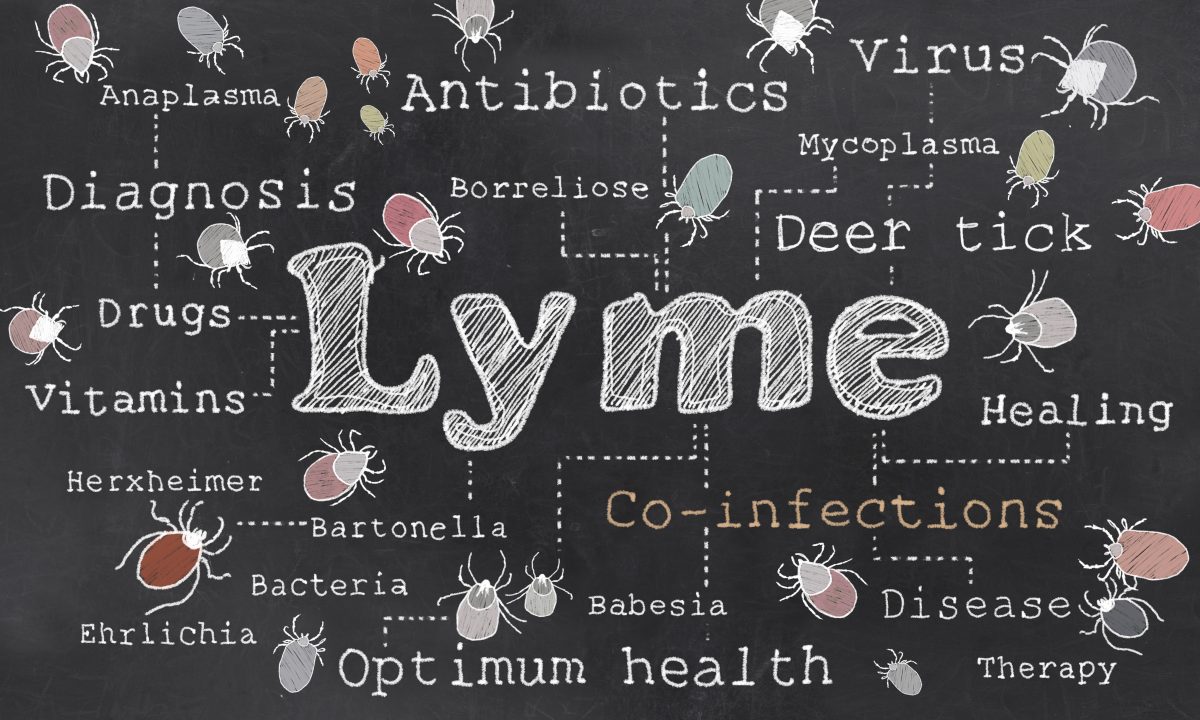 Lyme disease is an often multi-infectious syndrome caused by the bacterium Borrelia burgdorferi and many coinfections, which are usually transmitted to humans through the bite of infected blacklegged ticks. The most common symptoms of Lyme disease are fever, headache, fatigue and a characteristic rash called erythema migrans. If left untreated, the infection can spread to the joints, heart and nervous system, causing a myriad of more severe symptoms.

While many doctors in Canada are aware of the disease, very few have the tools to properly understand and diagnose it, especially in the early stages, some people with the disease may not have the characteristic bullseye rash. In addition, some people with Lyme disease may continue to experience symptoms such as fatigue, pain and cognitive difficulties even after receiving antibiotic treatment. This condition is known as post treatment Lyme disease syndrome (PTLDS) or post Lyme disease syndrome (PLDS).

The most common treatment for Lyme disease is the administration of antibiotics. The type of antibiotic and duration of treatment depends on the stage of the disease and the patient’s individual response to treatment.

Doxycycline is one of the common antibiotics used to treat both a recent Lyme infection and chronic Lyme. It has some strong anti-inflammatory properties, so the fact that people often feel better while taking it also supports the neuroinflammation hypothesis. Unfortunately, doxycycline is also very tough on the digestive tract and can lead to all sorts of unpleasant side effects with long term use.

Several academic research and clinical trials have been conducted in recent years with psilocybin as the primary treatment for PLDS. These studies have shown very good results in the management of inflammation, pain and chronic fatigue. For patients who have demonstrated resistance to conventional antibiotic treatment, psilocybin-based microdosing represents an incredible alternative because compared to conventional treatments, it is adaptogenic and does not cause adverse side effects such as disruption of the gut microbiota, which is an unavoidable adverse effect of antiobiotics.

Johns Hopkins University, which is a leader in scientific research on psilocybin, is currently conducting several clinical trials with enormous potential. As explained by many scientists, there is a big difference between inflammation and neuro-inflammation, for the first we have antibiotics that have proven their anti-inflammatory effectiveness but with very harmful side effects over a long period of consumption, on the other hand at the neuro-inflammation level there is for the moment no adequate pharmaceutical treatment and it is exactly at this level that psilocybin intervenes in an incredibly effective way.

The active compound in magic mushrooms stimulates the neurotransmitter responsible for the regulation of TNF (inflammation signaling protein). In fact, there is a lot of research going on right now with pislocybin to treat a wide range of inflammatory problems in the near future.

TNF is an inflammation signaling protein, also known as a cytokine. By suppressing TNF, some medications treat the symptoms of autoimmune diseases like rheumatoid arthritis, psoriasis, ankylosing spondylitis, and ulcerative colitis. Unfortunately, these medications can be a bit heavy handed in their TNF suppression and have a dramatic effect on our immune system, lowering our ability to fight infection. Magic mushrooms are proven to have the ability to lower these inflammatory signaling substances.

Psychedelics are some of the most powerful tools we have at our disposal to combat neuroinflammation. They also regulate TNF, but without the unfavorable effects on our immune system. The active compound in magic mushrooms stimulates the neurotransmitter responsible for regulating TNFa, making it a uniquely delicate and elegant solution. In fact, some researchers are looking to them as the future of treatment for this type of inflammation. Magic mushrooms are nontoxic and have a very favorable safety profile. The most concerning side effects of magic mushrooms are the psychoactive effects that occur for a period of about 4-6 hours after ingesting them. Large doses that result in intense psychoactive effects are not necessary to provide benefits from the mushroom’s anti-inflammatory properties.

Although we are only at the beginning of the research on the effects of psilocybin on Lyme disease, we are allowed to believe in a new way of treating this disease in a way that is much more efficient than the classical treatments that have shown their limits and also in front of the incomprehension of our doctors and medical workers.

Previous Microdosing for PMS: A game changer for women.

0 Comments for “Psilocybin for lyme neuroinflammation”