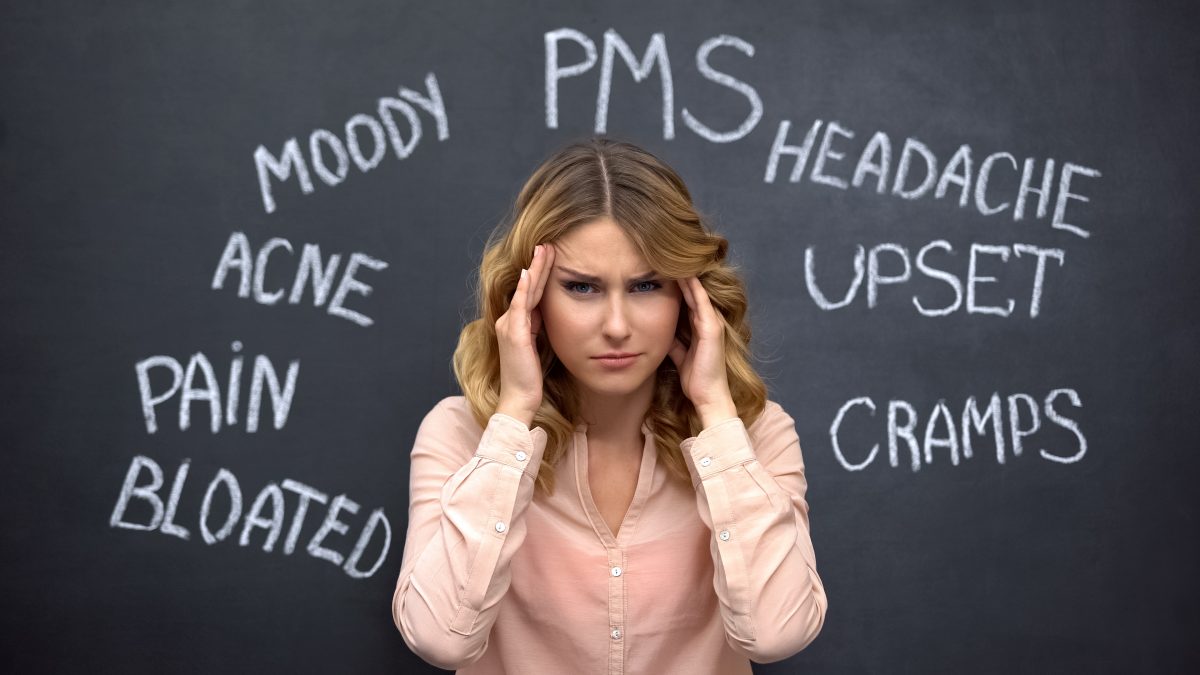 As women, we all know that the arrival of the fateful week is not always easy… Every month, millions of women around the world suffer from symptoms related to premenstrual syndrome. These women often have to resort to medication to function normally. In addition, they may suffer from a more severe form of PMS called premenstrual dysphoric disorder (PMDD). This syndrome is much more painful physically and psychologically and affects between 30 and 40% of women each year. These pains are such that they represent a significant rate of school and work absenteeism each year. Other symptoms are varied, ranging from headaches to anxiety, depression, nausea and back pain.

Many women take antidepressants or birth control pills to relieve these pains, but these medications also have several side effects. One of the main benefits of microdosing is that it also works on serotonin levels, which greatly increases your overall well-being and energy. It also acts as a natural antidepressant and helps you get a good night’s sleep.

Unfortunately, even today, when women go to their doctors to talk about how their symptoms affect their daily lives, they are often dismissed as exaggerations. Moreover, even the most intense form, premenstrual dysmorphic disorder, is dismissed out of hand.  Currently, some medications are prescribed, such as birth control pills or ibuprofen, to alleviate the symptoms, but there are points to consider.

Birth control pills ease symptoms and sometimes even prevent menstruation, but the side effects are significant: from major mood changes to personality changes to the risk of blood clots. So much so that many doctors do not even suggest this method to mitigate the effects. As a result, women often have no other choice.

This is why more and more women are turning to alternative methods and finding help in psychedelic treatments. These low-dose solutions have no psychotropic effect, but can get the benefits of the psilocybin molecule. There is also the beneficial side of micro-dosing, including a generalized sense of well-being and, unlike birth control pills, there are no side effects. Psilocybin interacts directly with the brain’s serotonin. So instead of forcing the brain to produce more serotonin, psilocybin makes it feel like there is more. So, unlike drugs that increase actual serotonin levels, you won’t have the corresponding withdrawals or drops in serotonin.

The main advantages of microdosing are that it works much faster and its effects last longer than other medications that may take a few months to be effective. The effects of microdosing can be felt some time after consumption and the majority of women feel the effects the first time they take psilocybin.  This means that psilocybin can be taken on an as-needed basis rather than on a long-term basis.

Common physical symptoms of PMDD are cramps, muscle pain and headaches. Although these symptoms can be treated with common painkillers, their intensity may require high doses of painkillers, or they may be resistant to treatment. In these cases, psilocybin may be a better treatment method. In low doses, psilocybin acts as a vasoconstrictor, which means it constricts your blood vessels and reduces blood flow to certain areas of your body. This can relieve headaches and reduce inflammation that can cause cramping or muscle pain.

Several testimonials report that psilocybin in microdose has anti-inflammatory effects. This reduction in blood flow leads to a reduction in inflammation, which in turn relieves symptoms of cramping, aches and pains. In addition, the resulting increase in blood pressure (due to the constriction of blood vessels) may also relieve the symptoms of nausea, dizziness and fainting common in premenstrual dysphoric disorder, which are related to low blood pressure.

It is not clear why some women suffer from PMS and PMDD while others do not, let alone why the symptoms are so strong in some women while others barely notice the effects. Every month, millions of women experience debilitating physical and psychological effects that interfere with their daily lives, mental health, relationships and productivity. These problems come at a significant cost to women and to society at large. Microdosing offers a viable treatment option, but more research will be needed to further explain and understand its benefits.

0 Comments for “Microdosing for PMS: A game changer for women.”