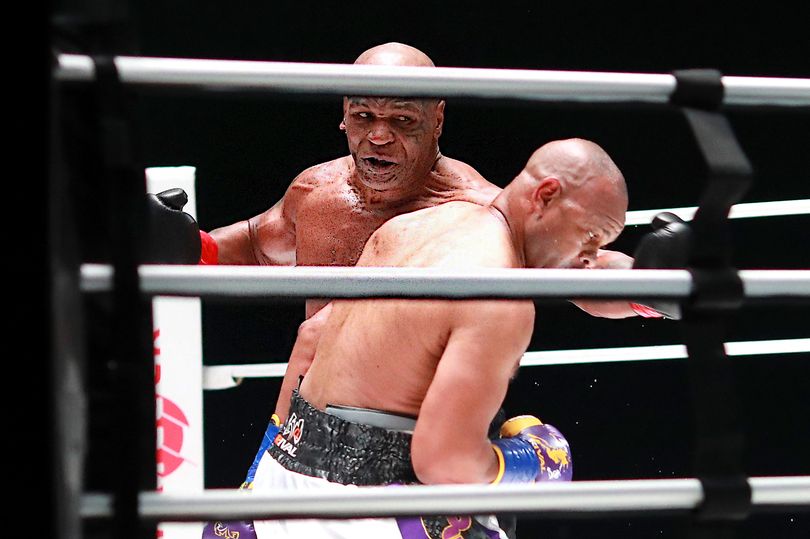 Mike Tyson has revealed that he was on magic mushrooms during his exhibition fight against Roy Jones Jr. in 2020.

Boxing great Tyson, 56, returned to the ring after a 15-year absence in November 2020 to take on fellow veteran Jones Jr in an eight-round exhibition bout which ended in a draw.

Pundits and fans alike were impressed by Iron Mike’s performance, with plenty believing he was unlucky not to have been given the victory. And it has now emerged that Tyson took psychedelic drugs before the contest in Los Angeles, making his display seem even more incredible. “We don’t use [mushrooms] to run away,” he told The Pivot podcast.

“It helps me train, it helps me box better. When I’m fighting, I really don’t feel the punches. It’s really just some f***ing magical s***. You saw me just fight [against Jones]. I was on shrooms.

“I wouldn’t fight without them, are you crazy? And some weed. I wish I did this s*** during my career, I’m so f***ing mad I didn’t know about this s***. The word drugs is negative.”

Few would disagree that Tyson has had a mad career. And it could be about to get even more crazy as rumours of a blockbuster bout with YouTuber-turned-fighter Jake Paul continue to ramp up.

The Baddest Man on the Planet addressed the speculation during an appearance on the Jimmy Kimmel show. “Anything is possible but it has got to happen this year,” he said.

“That could be very interesting. He is skilled enough and I will give it to him because he is winning. Even if he is fighting fighters that aren’t meant to be good enough, they should still be beating him but they can’t.

“He is beating people that he shouldn’t really be beating so you have to give him credit. He is doing good and he is doing things that are great for boxing. This guy has 7 million people following him every time he fights.

“The champions of the world don’t have that many people following him so what he is doing for boxing is sensational.”

Next up for Paul is a grudge match against former Love Island star and professional boxer Tommy Fury, which is scheduled to take place on August 6.