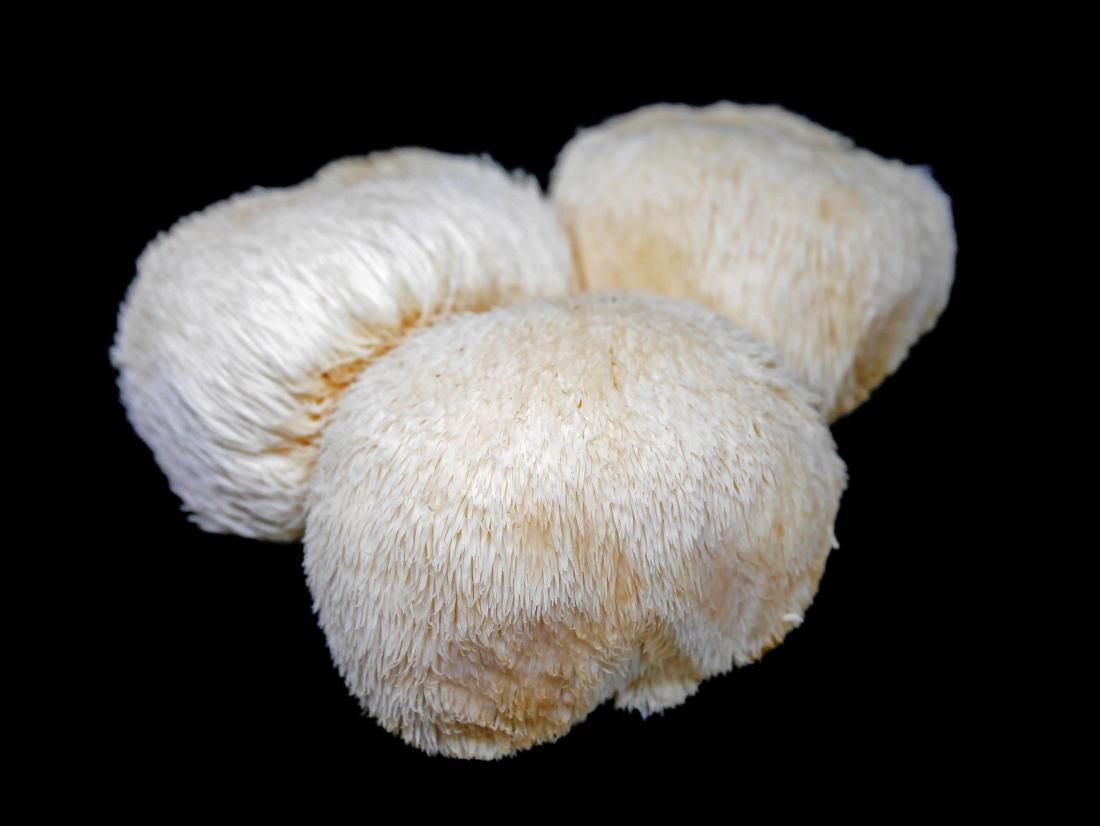 The lion’s mane mushroom is a species known by a variety of names. Its scientific name, Hericium erinaceus, is how mycologists—the scientists who study fungi—officially refer to it. It is also known as Yamabushitake in Japanese, and as lion’s mane in English. Alternately, called the bearded tooth fungus or the pom pom mushroom due to its highly textured surface, lion’s mane mushrooms are native to the mountains of northeast Asia and may also be found in Europe and North America.

An important species in the traditional medicine of China, Korea, and Japan, where it has been used for thousands of years, lion’s mane has grown in popularity recently in part due to another nickname. Dubbed a “smart mushroom” because of its support for cognitive function and neurological health, lion’s mane is receiving attention all over the world for its exceptional brain supportive potential. Investigating lion’s mane mushroom benefits will help you to determine if this smart mushroom is something you need in your life.

Whether you’re looking for ways to supercharge your workday, improve your focus on those days when you can’t remember where you put your car keys (only to find them in your hand), ward off brain fog, promote alertness and a positive mood, or spark creativity and mental clarity, here are some of the top benefits of lion’s mane and ways you can incorporate this powerful functional mushroom into your daily routine.

Lion’s mane mushrooms are edible, culinary mushrooms. When found fresh and sautéed, some people compare the taste to seafood, specifically crab or lobster. But more than just a delicious dish, lion’s mane has been classified as a functional mushroom, a food that provides more than simple nutrition.

While lion’s mane can contribute protein, complex carbohydrates, vitamins, and minerals to your diet, it also contains bioactive substances that support a variety of the body’s functions and processes. In this capacity, the regular use of lion’s mane may help your body function more efficiently and remain balanced in the presence of internal and external stresses.‡ For this reason, many people are turning to supplements for ready access to the benefits of this functional food.

Compounds that have a protective effect on the brain while supporting its natural cognitive functions are called nootropics. Lion’s mane contains a broad range of naturally occurring bioactive compounds, including erinacines and hericenones, known for their cognitive health benefits. Since erinacines are found in the mycelium and hericenones are limited to the fruiting body, obtaining the benefits of both can only be accomplished by consuming a whole mushroom product that incorporates both parts of the mushroom’s life cycle.‡

These important nootropic compounds found in lion’s mane can cross the protective blood-brain barrier. They stimulate the synthesis of NGF (nerve growth factor) and BDNF (brain-derived neurotrophic factor), chemicals that have potent biological activity. NGF and BDNF help to promote the growth, repair, and normal functioning of neurons, the nerve cells that are the building blocks of our brain and nervous system. These factors are necessary for neuroplasticity, the generation of new neural pathways in the brain following injury or illness.‡

Limited studies have been conducted with human subjects, but researchers have concluded that compounds in lion’s mane support healthy cognitive function and mood.‡

Research continues into the mechanisms by which the bioactive compounds in lion’s mane support healthy brain and nervous system function, which holds promise for future applications.‡

Lion’s mane, like other mushrooms, has potent antioxidant and anti-inflammatory properties. Antioxidants neutralize free radicals formed in our cells to prevent oxidative damage. Anti-inflammatories promote healing. These properties likely contribute to the neuroprotective benefits of lion’s mane on the brain, but will also help to counteract tissue damage caused by oxidative stress and inflammation throughout the body.‡

Researchers have concluded that fungal polysaccharides support the body’s own immune defense system that protects us against colds, flu, and other respiratory viruses. The anti-inflammatory properties, however, temper immune responses to improve allergy symptoms and calm inflammation.‡

Previous Lion’s Mane: A Mushroom to Remember Next The mighty Agarikon (Laricifomes officinalis)